If you’re a fan of comedy, chances are you loved Happy Endings and were devastated when it was canceled after only three seasons. I got to chat with the cast for Decider and it was a lot of fun.

Wilson: “I really think we suffered being in the crosshairs of network TV thinking they should have higher ratings and not realizing that they were at the beginning of the end. The ratings were better than a lot of network shows that are on now, but we got lost in the shuffle of the panic about network which is still happening. Even if it came out three years later when people started realizing that we had good numbers, we would have hung on, which is a bummer. Maybe it’s best to leave people wanting more, but we’d have loved at least another season.” 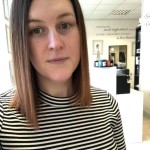